Way back in the distant past of 17th April 2016, I reviewed The Banner Saga (have a quick read HERE). I liked the game so much, I went out and bought it for my phone, for on the go style turned based depression. I didn’t purchase The Banner Saga 2 when it came out, mainly due to the fact I had other stuff to get one with. Fortunately for me, the game was free with games with gold so, bonus!!

Having now finished the blighter, it’s time for a review. What have they changed and added to keep things fresh.

Well on to the review then.

I played the first game on PC, and now tackling this game on the Xbox One. There is a bite sized pill of bleak depression in the way of a plot summary of the first game. So at least you can jump straight in and feel the weight of decisions that weren’t yours straight off.

For those who don’t know The Banner Saga, you have to protect a caravan of folk from point A to point B, to be told then to move on to point C. You will not witness a more compressed summary of the game anywhere else.

During your travels, as with the first game events will pop up requiring your attention. These are often lines of dialog and a multiple choice answer. Again, just like the first game, these simple decisions can bite you in the ass resulting in a massive loss of man power or supplies. There are more opportunities for your main characters to perma die in this game, making the losses feel that more heavy.

The Winds Of Hell Are Blowing Cold

The combat feels pretty much the same as before, turned based, table top twattery. It’s good, just as solid as the first, this time round however Stoic have added the occasional mid-twattage chin wag. These can change the perception of the battle. Going from kill all who draw breath, to, maybe leave a few to spread fear in the hearts of our enemies. It’s a nice change of pace, a little addition to the tension of combat.

As before, the combat can be very difficult. Your troop placement is key, I would recommend having practice battle at your encampments, just to get used to how to best use your Varls and men.

The art direction is still beautiful to behold, with it’s hand drawn styling.  It always brings a smile to my face.

The Banner Saga 2 has a new race called the Horseborn, that you get to play around with, along with battling against bears, Skulkers and plenty of new characters and clans.

The Banner Saga 2, is the second part of a proposed trilogy. I loved the first game, it was new, and fresh to me. The Banner Saga 2, whilst being solid as a game, didn’t have the lustre the first game did. That being said, there a few tweaks here and there to combat that ‘technically’ make the game better. The review is short, because I’d feel like I would be repeating myself again, with the stuff I like with the first game. So read that review first, then read this

I prefer the first game, but look forward to the end of this epic tale. 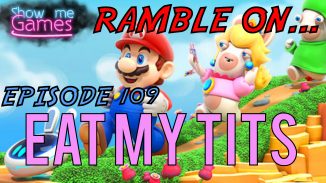