If you have read any of my previous reviews you will probably know that I am not one for online gaming, as such most FPS games pass me by untouched as they tend to concentrate on that. Then I heard about the new Doom, was never a fan of the originals, used to get lost constantly and my aim was terrible but I heard a few good things about a decent size single player campaign and having just platinumed Dark Souls III I decided to take the plunge. I am happy that I did.

I’m To Young To Die!

You wake up chained to an altar in the UAC facility on Mars which has been overrun the demons of hell, the facility has been siphoning argent energy from hell itself and someone got a little carried away…….

Firstly I was surprised as how fast this is, there is no run button as your standard walking speed is as fast as run in most games of this ilk and that took a little getting used to. Loading times are a little slow but the levels are pretty big, there are 13 levels and each one takes between 45 minutes to an hour to get through. There are also 5 difficulty settings and even on the easiest setting you will still face a challenge.

Graphically this game is good, nothing that you will blow you away and the only downside is that the lack of variety, you are either in the UAC facility or in hell and they both have their own look and feel but there is little variation between each.

Get Your Ass to Mars!

You can play this campaign however you want, if you just want to blast through and get through to the end of the level then you can but there are plenty of rewards for exploration such as energy shards that let you increase the cap on the maximum amount of health/armour/ammo. There are also collectables that unlock classic Doom maps, along with lots of data logs to pick up which contain a load of lore and story (which was refreshing). Granted I didn’t read all of them, but they added more to the story, which although wasn’t surprising it was enjoyable and kept me interested the whole way through.

My only gripe would be that there is a lack of any real boss fights until quite late on in the game (some of them are bloody difficult!) and I think a few small ones earlier on could have been an improvement.

I also liked the gameplay mechanics. There is no reloading which is the same as the old doom games and the most ammo types are used by 2 weapons so deciding which to use can be quite a tactical choice, for example the chaingun is incredibly powerful but burns through your ammo very quickly but the assault rifle also packs a punch but is far more ammo friendly. Each weapon can also have mods fitted and have upgrades you can purchase using weapon tokens earned for slaughtering as much as possible. So each weapons uses can be tailored to your own tastes, and each one “feels” different.

Hey Not Too Rough!

Then there are Glory kills! This is when an enemy is almost dead but you can melee them to finish them off. Doing these makes the enemy drop health and other items depending on your upgrades. I have heard some people complain about these but personally I liked them, they are mostly optional, carry on shooting and they just die but it comes in very handy if you are low on health and need a boost.

Overall this was a far deeper experience than I had expected and I thoroughly enjoyed playing it. It has not broken the mould in any way but is fun to play. Bearing in mind I did not touch the multiplayer aspect which could well add or detract from your personal experience.

I give it a 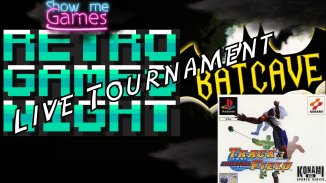