I recall many moons ago a little game called Dead Island being announced. I mean before the very cool trailer they dropped on us, the premise was very interesting. Stuck on a holiday Island whilst the zombie apocalypse kicks off. The initial look of the game was creepy and lonely.  The game came out, and something seemed different to the original pitch which sold me on the Island of no living.  There was a focus switch from the idea of being alone on a small island, to being rather well connected (with a radio phone) on a bustling large island. Not only that, they added too much humour. I was looking forward to a dark miserable, scratch for survival. Add to those points, the class’ you got to choose from where quite frankly horrible stereotypes, and to that  Techlands decision to give the protagonists voices, only went to ruin my immersion further.

So when I saw that Techland were having another swing at the open world Zombie genre, I was hoping they were going to take this one a bit more seriously.  I kept my little eyes peeled, and watched the promos and trailers. It started to seem to me, that they were going down the same route as Dead Country, but with an added emphasis on parkour.

The parkour didn’t really appeal to me, the more I saw of the story, that didn’t appeal to me. The game looked pretty, and that was it.

As it got closer to release, I was getting desperate for a new game for my Next Gen console, that wasn’t on last gen too, something to help justify the purchase of a supposed Next Gen console. I decided, sod it, I’ll have a go at this. Then Warner Bros. Interactive, being the huge bumbling turds that they are, screwed the european launch of this game up. Saying they hadn’t made enough, even for the preorders. Meaning the only way to purchase this game at launch was via Digital Download, often times for £10 more than the retail version?!? So double sod that!

I left this game, for a few months, picking it up for a reasonable price.

And Finally on to the review…

The story, you play as a undercover agent who has to talk to the survivors….you know what, this review is running a bit too long, so I’ll keep this short. The story is turd, I mean I couldn’t give 2 shits, or even 3 shits (I’m not understanding the economy giving shits), it boring, long winded and just gets in the way of your game. I love story in games, the narratives of some games carry me through games others would call shite. This is terrible, I’d have much prefered a pre-ordained list of objectives with which I need to carry out, instead of the dull cutscene dialogue which adds nothing to the atmosphere.

On the flip side of all that, the gameplay is sweet!! It’ll take you a hour or so to get to grips with the speed of the camera, and the parkour traversal mechanic. But once you click with it, it’s a joy to sprint across rooftops and climb buildings. These are skills you are going to severely need when the Dying of the Light actually happens.

Where the story lacks in…well anything, the environment and gameplay picks up the slack. During the day the zombie potter about, and there are tons of them, they’ll attack in droves if you linger too long on the ground. After a few close calls, you learn to stay high, stay alive. As your leaping and cricket batting zombies about the head, keep a careful eye on where the sun is in the sky. As the light fades, the zombies become more aggressive and armies of  Luke Goss starts walking the streets (if you’ve seen Blade 2 you’ll know what I mean).

Night time in Dying Light, is fucking scary! Super infected (Luke Goss, Blade 2) can sprint, and climb just like you. They are harder to kill, and damned scary. When nightime comes, getting to a safe zone is the easiest way to survive. It’s blood good fun, but rattling on the nerves. Make sure you’ve got the skills to stay out at night, noobies will most certainly die a few times. So “Git Gud!”, and level up!

You have three aspects that can be leveled up, Survival, Agility, and Combat. The Survival side can increased by completing challenges and missions, which then allows you to level up general crap. Xp for the Agility and Combat trees, are gained just by simply playing the game. If you’re fighting all the time, each hit gives Xp towards the Combat tree, whilst running around, climbing and jumping your Agility Xp get increased. These two skill trees are where the fun gets funner…becomes more fun, that’s what I mean. With moves like running drop kicks, baseball slides, diving knife strikes, multiple targeting for projectiles, creation of explosives, being able to drop from greater heights.

In no time you’ll be sprinting, drop kicking, a zombie, climbing a zombie to then jump off to perform a diving knife attack, then continuing on to baseball slide under a doorway, then jump up and onto a roof. All with just the right amount of difficulty in controller manipulation to make you, yourself feel skillful, and yet not too complex for it to be a pain in the arse for you ever to attempt.

I often just run from one side of the map to the other, simply because travelling in this game is great.

With the combat, comes weapon modification (A hangover from the last game), it doesn’t matter a jot to me this weapon modding bollocks. Just feels poorly implemented. Your weapons are coloured in your inventory to give you a quick glance report as to the ratings of your weaponry. But I still never really took to the weapon upgrading system, just felt a bit to Rpg for me.

In summation, Dying Light misses more than it hits, but the gameplay itself is very solid. I think the story would have been better if it was shorter, and basically Escape from New York. I feel this would make things cohesive (unlike this review). 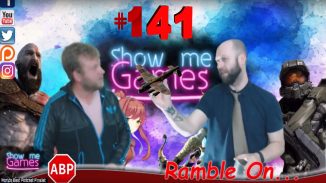 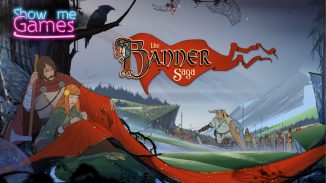