Indie Game and Hidden Gem Of The Year 2015 Winner

Jotun, a little game by a small indie team called Thunder Lotus Games, is the tale of Thora, a Norse warrior, who is denied her entry to Valhalla.  She finds herself stuck in Ginnungagap (Norse limbo if you will). Thora has to prove herself to the gods, prove that she is worthy of a seat in Valhalla. In order to do so, Thora must collect runes from various realms in the game. Once she has enough runes, our powerful Valkyrie must then tackle one of the Jotuns in the game.

Jotuns are the ancient giants that Thora must ultimately overcome to show Odin that she’s Valhalla material. Once you have defeated all the Jotun, you can go on your merry way across the rainbow road. That there is the story in a nutshell.

Thora’s story gets more fleshed out during the game, usually after each Jotun battle. The game is narrated in one of the Norse languages, most likely Icelandic. This adds a brilliant feel to the game, occasionally chirping in to give you a short history lesson on Norse myths and legends. Then we add the beautiful art style, each frame is hand drawn, and with a lovely styling reminiscent to The Lord Of The Rings animated movie and early 70’s Disney. The animation flows nicely, especially when the Jotun arrive. Making this the second Norse game with a beautiful hand drawn style, the other being Banner Saga.

Gameplay is basic, you have a weak quick attack, and a powerful charge attack, an evasive roll and God powers. The charge attack is very so, once you’ve pressed the button, you can cancel it by rolling, being hit or using a God power. During your adventure, you will find shrines to the Gods. Standing at these shrines will give you a special power (dependant of the God), for example Frigg will give you healing, Thor will give you a powerful strike and Loki enables you to lay decoys for enemies to attack. You have a limited amount of uses, which can be replenished when you see Mimir.

Levels are designed around the nine worlds held by Yggdrasl, this is where the game falters a little for me. Some levels I feel could of had a few more Norse myths thrown in as Easter eggs. But my main fault with the levels is there isn’t much interaction. Although, when they get the levels right they are beautiful, such as watching Jormungandr ( or the Midgardsomir if you like) swim beneath your feet, or seeing the Nameless Eagle with the hawk sat between his eyes. They can make you feel part of this entire universe, which is the sign of a good game right?

The game is around 5-6hrs if your rushing, I died a hell of a lot on the Jotun, but that’s what bosses do.

Go pick this game up from the steam store you won’t be disappointed, I tip my hat to the good folk from Canada at Thunder Lotus Games for making this little beauty. Well done lads 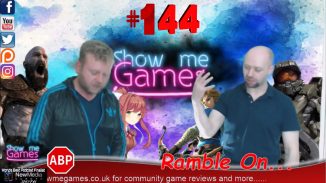