Rainbow Six, a franchise I have enjoyed for years, going all the way back to Red Storm’s first attempt. I loved being able to spend 30 mins planning the routes for my 4 squads. Before, breaking into an art gallery to save hostages. It was great!

Then the franchise changed its direction, Ubisoft came to play. They took away the 4 squads, left you with a couple of context sensitive bots that followed you around. This wasn’t too bad, at least for console gamers.  Now if you wanted squad based gaming you had Ghost Recon (another one of my favourite franchises). So Ubisoft made the Rainbow Six games, a more narrative driven game.

Jump forward a few years and Rainbow Six: Vegas arrives, squad based combat again, albeit 4 players this time, but you could play it co-op. 4 player split screen local co-op, or 4 player online co-op, excellent! This game was much improved in the second installment, imaginatively titled Rainbow Six : Vegas 2. Vegas 2 had a levelling system, that allowed you to unlock weapons and modular armour pieces for levelling up. Not only that, the character you’ve modded during the story mode, can be carried over into online multiplayer matches, where you can still earn exp to level up some more.

Another great thing that Vegas did, was allow you to choose as an when you wanted your silencer on. Seems like nothing right? Wrong, it gives the players options. In Vegas 2, there were 48 firearms (full list) you can unlock and play with to personalise your kick ass anti-terrorist trooper. Each firearm had a few different setups, like extended clip, scope, laser and the likes.

Why Aaron? Why talk at length about games of yesteryear?

Well my dear dear Citizens, now a days we have Rainbow Six Siege. A game, that has very little to offer.  Before you say it, yes I know they gave Rainbow Six Vega 1 + 2 with the xbox version. That’s not gonna change my opinion of this game, you bribing turds. Besides, I already own Vegas as a digital copy on my 360, but I’m not allowed to access it on my Xbox One, but you can give a code away for it?!?

You throw the disc into your console, wait the customary time before your console allows you access to the content of the disc you’ve purchased. Then POW! the options screen…Oh my!

Thats it people, that’s all you’re allowed. Some time at some point you’ve pissed Ubisoft off that much, they aren’t even giving you a game anymore.

Let’s boil these down. Situations, are basically a tutorial level, once you complete one, there is another one unlocked. Each level gives you a different operative to play as. This is your single player game, and the only mode accessible when not online, and not connected to U-Play. Which is another fuck you. This game will not allow you access to any mode (besides tutorial) unless you are signed into U-Play. How is that even legal?? You pay for XBL and PSN to be allowed to play games online, but Ubisoft have decided you need U-Play to. Now most of you may have a U-Play account. But it’s not the point, why must we have tertiary accounts to access our games?!? So i will deduct a point from this game for forcing an account on us.

Anyway on to the game, there are only two game modes here. Multiplayer, which is  5 Vs 5 last man standing. The beginning of a match starts off telling you, you must defend/rescue a hostage or defend/disarm a bomb. But it is last man standing, nobody goes for the objective, because killing gets the level done quicker, and yields you more renown (bullshit currency).

Terrorist hunt, can be player as a Lone Wolf (single player, but you still can’t play offline?!), or multiplayer. This is where the game is fun, you have actual objectives. Which need to be completed in order for you to finish the level. You play this mode as a 5 player co-op game. The objectives can be, kill all terrorists, disarm all bombs, or rescue the hostage. You can have quite a bit of fun here, but it get’s tiresome rapid. You can also have a poor game if someone has selected the operator you’ve gotten used to. Which leads me on to…

Operator, in this game you cannot customise your character, instead you must unlock preset Operatives. You start off with a character named Recruit. This recruit has very little to choose from, as far as armaments go. As you play the game you accrue Renown Points, which is the ingame currency (yes microtransactions are a go here). With renown you can unlock a Special Operator. These Operators have there own weapon sets to choose from, and a special ability…woot woot! There are 10 offencive Operators and 10 defencive Operators. You can only choose an offencive when attacking and vice-a-versa. You can then spend the remainder of your Renown on modding your weapons. So you can add a silencer (a mod that has been a button press in the previous 4 games), a foregrip and the likes. So you spend your Renown, and mod your shooters, rush out to multiplayer/Terrorist hunt and someone chooses your Operator…time to play as a Recruit again.

You also gain Exp in this game, but levelling up does nothing, seriously nothing. If it allowed your Recruit to level up, so that weapons became available to them, that would be good but no.

This game boasts 39 firearms, but they are not available to you. Most guns are locked to specific Operators.

I played a lot of this game for this review (unlocked all SAS, Spetsnaz along with a few other Operators). I did have some fun with it, but not enough to warrant keeping it. If you’ve played the Beta, you have played the full game. That isn’t a lie. 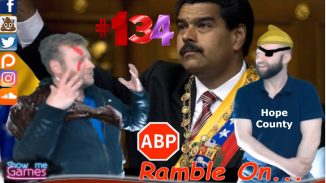 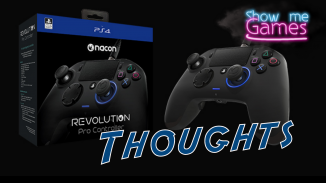