You play as Ethan in Resident Evil 7, a man that makes Chris Redfield seem deep and interesting. The way he takes everything in his stride is remarkable (hence the remarks about it). I’m only assuming that he’s that terrified, that his brain has snapped.

Ethan receives an email from his wife (who has been missing for 3 years), this email has a video demanding he stays away.

Ethan being the mentally unstable individual that he is, decides to go and have a look see. But doesn’t call the police…because he’s a dick.

Chase Me, Chase Me

So you arrive in your car, down a long dirt track, in your brown loafer shoes, suit pants and shirt. Turn the engine off, leaving the keys in the car and proceed to creep around the bayou.

At least dress for the occasion Ethan, and bring a fecking gun!

You arrive at the Bakers estate. After a short jaunt through the guest house you find your wife. See looses her shit.

She says something, you say something. You get stabbed, she gets kicked, you lose a limb, you shoot her in the face. Usual relationship things, you know.

After a window into Ethans abusive marriage, Daddy Jack Baker chins you and the game becomes a great horror title.

So lots of people point out influences they spot in Resident Evil 7. One of the most common I hear is Amnesia. Nope, if you’ve actually played Amnesia the only similarities to this game are: It’s an first person perspective, and sometimes you have to run away.

But that’s a main stay in Resident Evil games for years, even before Amnesia came out. Resident Evil 3,  had a Nemesis. Who hunted you down, and you had to run away.

So the game properly begins with you taped to a chair, around a table with the baker family, they are bat shit mental. You’ve got Mother, Father, Son, Grandma and a strangle woman named Zoe. Who disappears, once stapling your hand back on.

You’re being forced to…what?…the hand? Yeah, doesn’t get explained, can I carry on?

You’re being forced to eat some grim stuff, people get annoyed at you, they leave, you escape the chair.

Resident Evil 7 has begun, begun super proper this time. Walking around the Bakers kitchen and living room. The game looks pretty. Although there are the occasional drop to lower resolution items like doilies, telephones and the likes.

Very early on you have to run away for Jack, these moments are really scary and tense. Capcom keep the terror and dread up from the off. Then it takes awhile before they ease up.

Sneak Jack, get a key, do a thing, then a thing problem sort of solved then bang! Within 15-20 Mins of starting you’re in a boss fight, shitting yourself.

So Resident Evil starts strong, does it stay strong? Well yes and no.

The game has some puzzles, and many doors which require silly keys, like raven key, snake key, scorpion key. Some doors even require multiple parts to open. Which is a return to the first 4 formula.

The atmosphere of the house, is creepy, the back tracking (although is a pain in the arse), has returned for the first 4 games also.

Resident Evil 7 is very much a return to horror, and not QTE heavy Mega-monsters…or is it?

They can be fun, but as the game went on I wasn’t too bothered about doing them. As the story in the latter half just bored me, and wanted the game to finish.

The brother video was my favourite.

Throughout the game a young lady called Zoe tries chatting you up over the various phones dotted about the ground. She eludes to helping you out, and a possible cure for your crazy wife.

She dips in and out, but never really bond with me. Sure she’s apparently less crazy stab stab than your wife, but she related to the Bakers, and it seems they drink their own coolade (if you know what I’m sayin).

Ethans movement speed is to slow. He is irritatingly slow, it became a point of genuine frustration for me. There isn’t any reason for him to be this slow. Even at a “run” he is still to slow. I understand it was a decision in order to amplify tension. Or was it to allow VR to run smoother?

The enemies in are very limited in design, besides the family members/bosses there are 4 enemy types. Toothy Bastards, Spidery Fucks, Fat Pukists and Big Wasps. The Toothy Bastards are creepy, and often generate from the black mould that is lying around. So you do get nervous when the black stuffs about. (Still not as scary as the Regenerators).

The Spidery Fucks are jumping about all the time, and are just crappy annoying more than anything. Do you like wasps? no? well, this game has big ones, and finally the Fat Pukist. They are initially terrifying, but run away is the key…in fact the key to most of the game. Even though you can’t run that fast, get to a door, shut it behind you. Pow, you’re safe.

So the game would have been a shoo in for a 9/10 game. Although, I had things that frustrated me. They where pushed to the back of my mind because of how fun, pretty and scary the game was.

The build up to the greenhouse was shit inducing.

There comes to a point in the game where you are given a choice…The options don’t really make sense. The choice feels forced, it comes just after a fight with a boss that was very old resident evil. This also annoyed me.

We went from creepy shit, with organic visuals to a big comedy monster. With big eyes that are a different colour so you know to shoot them. Very anti-climatic and un-did the great work of the first 6-7 hours of the game.

So after feeling a little deflated, you’re give a choice. Which apparently changes the ending every so slightly.

After you’ve chosen, the game takes a terrible U-turn for me. The game removes you from the Baker grounds, removes your weapons, creates a slow as semi-stealth section. A drags out something that could very simply have been put into a two min cut-scene.

The pacing of the game dropped so far off I honestly could be bothered playing it, I just ran around a boat, uninterested. Until I could pass the joypad to Adam.

The steam had run out for me. Taking the weapons off you is a poor, poor gaming trope I thought we’d left behind.

Not only did they remove all of your firearms and backpack inventory slots, they make you play as someone else.

Horror had left me completely now, now the things that bugged me a little but was held back by my enjoyment of the game, have burst forward.

So the movement speed is really bugging me, the lack of weapons has pissed me off. Why in the sweet lord of all fucks am I not playing as Ethan any more??

After the low point, we are given a bounty. The complete opposite of not having my weapons. I now have all the weapons and ammo for days ?! Very curious…

Game logic kicks “We are near the end” after an hour of sprinting past enemies. Some half interest sorta cut scenes, we reach the final boss. Which just left me cold, uninterested.

9.5 Hours it took us to complete it (you can watch it all on the youtube channel). Once finished we unlocked a gun. We started a new game plus, got to our case, used the gun. It was terrible. The items we unlocked first time through, weren’t in our case. So the coins we saved, ammo we save, everything was pointless.

Overall, Resident Evil 7 is a one and done game. It does feel like it has been made to be experienced in VR more than it has been optimised to play without.

9.5 hours to play through, 6-7 hours of that was very tense and enjoyable, the last part of the game just makes everything feel rushed and a bit poopy.

Also, soon as you finish the game it tells you about a piece of free DLC. No Capcom, bundle that with the game. There is also a season pass for £24.99 in which you get 3 pieces of DLC.

I’ve no motivation to keep hold of this game beyond this one playthrough. That isn’t  to say the game is bad, it’s certainly something you must pick up if you are a horror fan. Just don’t expect replayability. 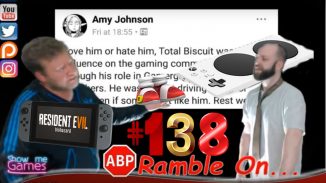