Rise of the tomb raider, a game I feel a lot of folk have just brushed past because of the juggernaut bore-fest (Fallout 4) being release at the same time.

Having recently played through the definitive edition of Tomb Raider, I wasn’t sure I wanted to dive back into that world. As much as I enjoyed most every minute of the game (I did find every collectable, and complete every challenge), I felt fatigued and needed a rest from the Tomb Raider world.

The combat in the previous installment, started to escalate to comically proportions, Lara being turned into Fem-Rambo by the end. So I was glad to hear the devs were cutting back on the combat for this new one, and concentrating more on the titular tombs, and so, with this snippet of info I was starting to look forward to this new adventure.

Having scrapped together all my pennies, along with some vouchers I had laying around, I ventured out into the cold wilderness of Lancashire to retrieve my copy of Rise of the Tomb Raider. After waiting the customary 30+mins for the game to install, I was ready to take on the challenges of this little expedition.  One thing I did want to carry over from the first game, where the scars and cuts. I wanted Lara to have matured, but still bare the wounds (both emotionally, and physically) from her harrowing first foray. Unfortunately, this wasn’t the case. Although a minor detail, I think it would have been a interesting take on the Lady Croft. Imagine five games in, some one picks up there first Tomb Raider game, your sat with them. They ask “Why is she missing a finger?”, you respond with ” Well, in the 3rd game….”.  Each major cut and nick, could have relevance.

The story serves it’s purpose, and by that it give you a loose enough reason to be where you are, and that is fine with me. I realise part way through this game, that I like Tomb Raider for the game, and like uncharted for the story. Which is a bloody good thing really, because I see Uncharted as a one and done type of game, but I can certainly see myself playing this game again. The story has you tracking down a treasure your father was called crazy for believing in, and ultimately killed for. That’s as much as I’m will to directly about the plot. Although a twist will come, that you have seen coming since before you even meet the character.

The story arc and progression play’s out, for the most part like the previous game. The main differences lay in the gameplay, and levels.

This game looks stunning, often times I’d just stop and look at the vistas. There are many more tombs and crypts for you to discover and solve your way through. In this game, if you find a tomb, and complete it you get a buff to your abilities, such as climb ice walls quicker, fire arrows faster and various other little things. There are more weapons this time also. You can still up grade your weapons as before, but this time you’ll need certain items in order to upgrade certain items.

The game mechanics feel (at least to me) slightly more refined. You can now craft grenades whilst running about, booby trap bodies, and get multiple head shots with your bow at once. Lara is still Fem-Rambo,  but I didn’t feel the amount of enemies out of place this time. An addition to this game, is exotic animals. They roam certain areas in the game and range from snow leopards to giant grizzly bears. I really enjoyed those encounters. Hunting in this game is more relevant because you need there pelts to upgrade your items.

Upon completion of the story I was 97% complete, I still have a few challenges to complete, I will definitely go and get my 100%. The level design is that fun, and interesting, that looking for the collectables is just a nice reason to look around, instead of being a chore.

If you liked the previous Tomb Raider game, you will love this one, it’s taken me approximately 36hr to do what I’ve done. It’s can most likely be done quicker, but I loved every minute, so it wasn’t a issue for me. I think they should put this series to bed for a few years now. Otherwise they will be in danger of hurting the good work they have done. Give it 4-5yr then give me a third instalment, scars and all.

This game gets my Game Of The Year.

Now this is how you do AAA gaming. A brilliant example of how to do an adventure title with loads to keep the player busy. Maybe a few too many different trinkets to worry about collecting but that’s just a small niggle. 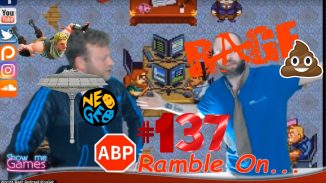 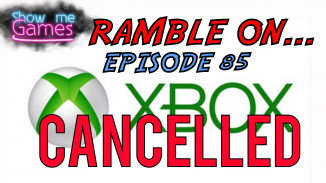 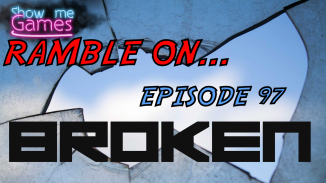