Star Wars: Battlefront.  Now this isn’t an easy review to do as many aspects leave me ambivalent.  I got this game on launch with my console (I HAD to have the Star Wars themed console) and as I had played the beta, I knew what I was getting.  I expected that after a week or so it would be sold/traded in and that would be the end of it for me, yet a couple of months later it still gets played.  Granted my children get the lion’s share of the fun from this game but that being said I still put it on just for me now and again which for me is rare.  The fact that it’s an online only game makes this fact, for me at least, even rarer.

Visually and audibly stunning, this game couldn’t be more “Star Wars” if it tried.  It looks, sounds, and feels exactly how a Star Wars game should and this is something that shouldn’t be taken lightly; the developers have really paid attention to detail when putting this game together.

There are lots of game modes but most are pretty similar, kill as many people as possible, whichever team at the end that has the most kills wins, or something to that effect but there are other in there which involve capturing objectives and such but they mostly felt like big team death matches even if the win conditions vary.  My favourite mode has to be the fighter squadron mode which is even shallower than the rest of the game as there is absolutely nothing to upgrade or customise.  You have a choice of 2 ships depending on what side you are on and at some point in the battle the pickup to use one of the hero ships appears (either Millennium Falcon or Boba Fett’s Slave I).  Now I don’t care how old you are, you will squeal like a little girl the first time you get to pilot one of the most recognised ships in the galaxy.

The kids most favour the hero battles, 6 vs 6 and there is a 50/50 chance that you will start the round as one of the heroes/villains (3 on each team) and the point is to kill all the characters of the opposing team, this is great fun as I myself enjoy this too.  It feels more involved and less chaotic as some of the other game modes.

Everyone’s issue with this game is content.  If they had put a single player campaign into this then it would have been fantastic, even a fairly short one would have satiated some people, rather than sticking with the online only format (there are offline battles but they are basically the same as the online battles only against the computer).  Online only games cater for a large audience, but when you’re paying top dollar for a game you expect it to be complete.  Almost every online only game ever released has struggled to get anything but a controversial launch, with half of the world slamming the developers for being lazy.  I find it hard to disagree with those sentiments as I am not an online gamer……. Yet I still come back to this.

The fact this was released as a full price game, with no single player campaign, and a season pass that is extortionate with no real promises of content, is a sad example of the world of gaming today.  However this game at time of writing is going for sub £30 and for that it is worth a play.  I enjoy it, my kids enjoy it, and if you are a Star Wars fan you should at least enjoy the authenticity.

When I started writing my review I was planning on giving this a 5/10, but after putting down what I enjoy about this game I have upped it slightly.  Although there are some unforgivable things here and there, there is still a lot of enjoyment to be had.

So I give it 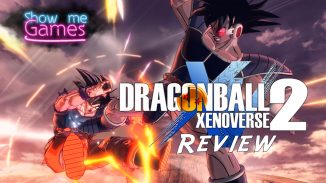