Well, as it looks like the HD remasters aren’t going anywhere for the meantime, our ye olde friends at Nintendo have decided to bring us Twilight Princess for the Wii U this week…..again. Originally a 2006 release which was intended to hit the stores in 2005 for the GameCube, until the clever sods decided to postpone it until it was ported over to the Wii in 2006 as a release title. The Wii actually got Twilight Princess a month earlier than the Cube. Twilight Princess was loved by all, it won a tonne of awards and it flew off the shelves. For the Wii it sold 7.26 million copies worldwide. That right there is a massive success and to top it off, during it’s last days the Game Cube managed to sell 1.59 million copies. So that is almost 9 million Twilight Princess games sold. So why is it getting a HD remastered release 10 years later? I think I’ve answered my own question there, people love it. Nuff said.

But something still bothered me about the release, I couldn’t grasp an understanding on why, I know that it has fans, it’s Zelda, people go crazy for it. From the collecting of games, consoles, watches, bath robes, girls playing the melodies in the woods all dressed up like Link and prancing around. It’s massive and with the huge amount of fans there is a huge amount of cash to rake in. So that’s it, it’s just the cash. Why else would the greedy mares release Twilight Princess again? I’m disgusted. Sorry what’s that? Have I ever played the game? Well…….no. So should I go and gain a little knowledge on the subject before I carry this on? Ok, I’ll be back.

Ooh! I like it. I like it a lot. A lot more than I was expecting. What have I been doing? I have owned this game 4 fricking times, twice for the Wii and twice for the Cube, which I’m playing at the moment and wow, I truly am impressed. From the get go it seems so familiar but with a twist. For the people who missed the Twilight Princess like I did, I am going to explain the first hour or so. Our hero is Link yet again but several hundreds of years have passed since Ocarina of Time and Majora’s Mask. Link works at a ranch and straight away Epona, your trusty horse is with you. As you venture through your home town you will learn the basics of the game, sword fighting, horse riding etc. And even though nothing really happens the first hour experience is a very pleasant one. Once you have proceeded through the obligatory tasks, the story begins to unfold and the village is attacked by the Bulblins, creatures from the Realm of Twilight and the children and a potential love interest is kidnapped and taken to the Bulblins home world. Link gives chase but arrives at a wall of Twilight but then he also is taken into the Realm of Twilight. This is when you wake up as a wolf, imprisoned in a cell and then you meet Midna, a somewhat reluctantly helpful inhabitant of the new world that you are in. Midna teaches you the new skills that you can only do in your wolf form and then introduces you to Zelda. And that is where I am leaving the story.

Let’s go back to the topic of the release, does it deserve another release? Well even though I believe that Zelda fans should already have a game from the series that isn’t a remake, already out, I personally do think that it is worthy of a HD remake and I think that it is a great move from Nintendo, not only will it sell plenty but I think it deserves a spot on the shelf in the 2016 charts. Also have you seen the prices of the Game Cube version of Twilight Princess online? I could sell it, buy the HD remake and still have some cash for other crap to sit on a shelf.

So what do you all think, especially the Zelda fans. Are you willing to shell out more pennies for the games? Are you happy with the remakes? Is it starting to grind your gears? 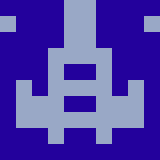 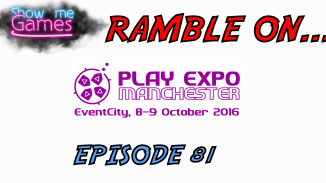