Welcome to Roman occupied Britain 120AD. The Romans are pushing north into Caledonia, 3 Heroes say “Ack! Ney!” to that, whilst eating tatties and neeps they fight back against the Roman might.

Wulverblade is an unashamed classical side scrolling beat’em up. You have lives, you have weapon pick ups, and you have special moves. The things that help define Wulverblade however are somewhat surprising.

Wulverblade offers 3 characters to choose from:

Caradoc, 6ft 2in, of angry family man not willing to give up his land or freedom to these foreign invaders. He is the main character of the game.

Brennus, 6ft 7in of beastly brawn, Caradocs brother, the powerhouse and main damage dealer of the pack.

Then, last but certainly not least we have Guinevere, 5ft 9in, deft and lethal with her blade. The younger sister holds her own against the legion.

As with multi-character beat’em ups each character has slightly different stats, and attack types.

Caradoc stats are pretty even on stats with a slight edge towards defense. He is the main character after all, so you’d expect this.

Brennus is extremely biased toward power, with agility and speed being quiet frankly awful. Playing through, that speed became a serious hinderance.

So on to the combat mechanics (should be short and sweet this one). You have Attack, Strong Attack, Block, and Jump simple. Now something that confused me a little at first (mainly because I didn’t read up on it), your Strong Attack button doesn’t do anything until you pick up a weapon to Strong Attack with. I am stupid, so that is the answer for that. Just thought I’d mention it, because there are a few folk like me out there. 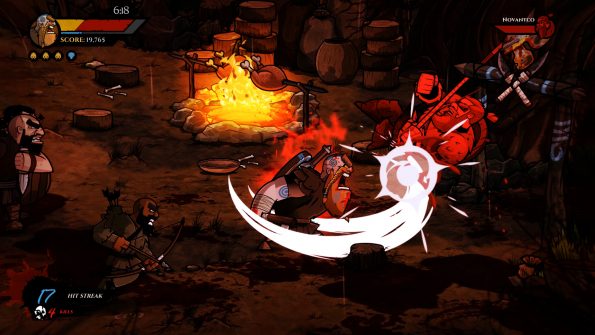 Ok, moving onwards, your block isn’t just a defensive shield in Wulverblade, oh no, you can counter/parry your opponents. Which in the later game becomes very necessary to survive. This happens by pressing your block at the right at the point the enemy hits you. Your character flashes red, and you gain an attack bonus for a few seconds. In those seconds, cut the bastards arms and legs off.

Jumping is more of an avoidance tactic I found, but depending of your character you can cause juggles, which are always fun.

The game litters the floor with items either for points, or weaponry, such as: Arms, heads, seax knife, Spartha, pilums and more. You can use these to throw at your opponents. Other weaponry can be found, which then allows use of the Strong Attack. These weapons often have special attributes like recover health, or armour piercing. Be mindful when using these weapons, as the break with over use. Also, should you get hit whilst holding one, you will drop it, meaning you’ll have to pick it up again. 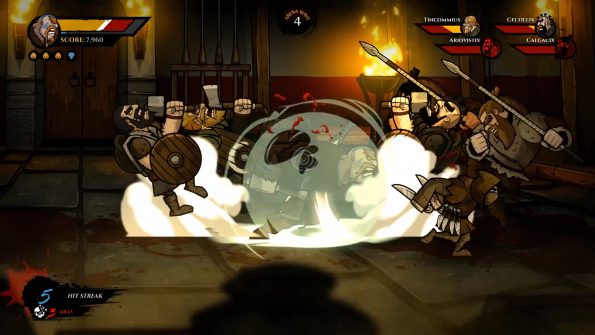 Wulverblade allows the arcade stable for beat’em ups, an area of effect (AOE) attack. Just like it should be pressing Attack and Jump at the same time damages all those in close proximity, but at a health cost to the player. Sometimes however, you need to tell Romans to back off no matter the cost.

Finally, you have your bomb attack. Call of the wolves, you bellow your battle cry and a pack ferocious wolves come charging in to gnaw on the enemies flesh! Pretty cool, you only have one though, so use it wisely.

The Boggart Of Darwen Barrow

Wulverblade is a pretty looking game, it’s got a very definite art design. The characters are nice and chunky, very cleanly drawn, and well animated. The backgrounds and levels are pretty.

As you play through the levels, the game although being a 2d game as far as sprites are concerned. Does use parallaxing to it’s artistic advantage. You’ll have characters running past in the foreground out of focus, even in the far background. One level has an archer running in the distance, turning and shooting at you, this works very well. 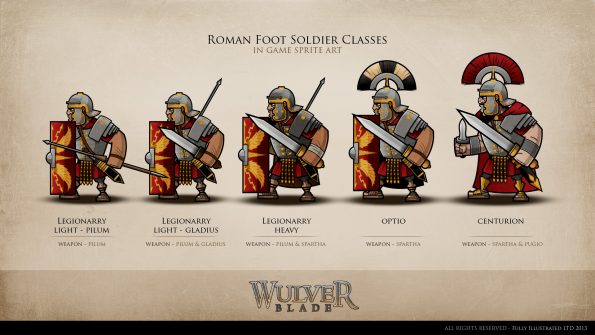 The music is also fitting. Wulverblade is a passion project by a chap named Michael Heald of Fully Illustrated.  Mr. Heald designed each character, came up with the story concept, and put in the leg work for each step of the way, for the past 5 years.

A unique thing about Wulverblade, is the heart. Whenever you play a level you unlock a little production piece or video. These for me are the gems of the game. You are given mini history lessons, pictures and videos of Roman forts and settlement remains in mainland Britain. This is a where a bias comes out in me, and It would be remiss of me if I didn’t admit it. I love history, I love these lands. I love the uniqueness of each country within these lands.

Wulverblade, makes me want to have many a road trip.

The sites in this game are in driving distance of my home. I’m inspired by this passion project, to visit these sites, and the feel the land myself.

The game is played out over 8 levels. Taking about, 15-20mins each. Wrapping up with a boss fight. I’ve played the game Co-op to completion, which is fun. Certainly the way the game was intended to be played. It would be great if with an update you could play 3 player co-op. But it could get a little to chaotic.

Playing the game single player become pretty difficult near the end, especially the finally boss. I simply couldn’t do him on my own. I don’t profess to be the greatest gamer, so you may defeat him easily.

Other game modes include Arcade, which is as it implies. Turns the game into an arcade game, by that you are limited to 3 lives, and 3 continues. There isn’t a travel map, just cutscenes and Roman slaughter.

Wulverblade also gives you an Arena mode. Play solo or co-op slaying wave upon wave of baddies to set the worlds highest score.

The game feels like a perfect fit on the Switch. Adam brought his Switch to Play Expo and we just clicked the joycons out and smashed a few levels of sat there. Was great. (Adam lent me his Switch for this review, this game and Zelda have sold me on the Switch).

Wulverblade is a great beat’em, the extra content makes it worth it alone to me. The cost of a game can often shape my scoring. There is enough here to have fun with certainly. Especially co-op, grab a mate, a few beers a take-away bash through Wulver. But if this game was £35+ I’d of expected a bit more content. As it happens £14.99 in the UK, is a great price. Adding the much coveted value for money accolade.

I was fortunate enough get a review code. This game is certainly worth £14.99 if only to support the dev. I’ll be picking a random Show Me Games group member and purchasing Wulverblade for them. 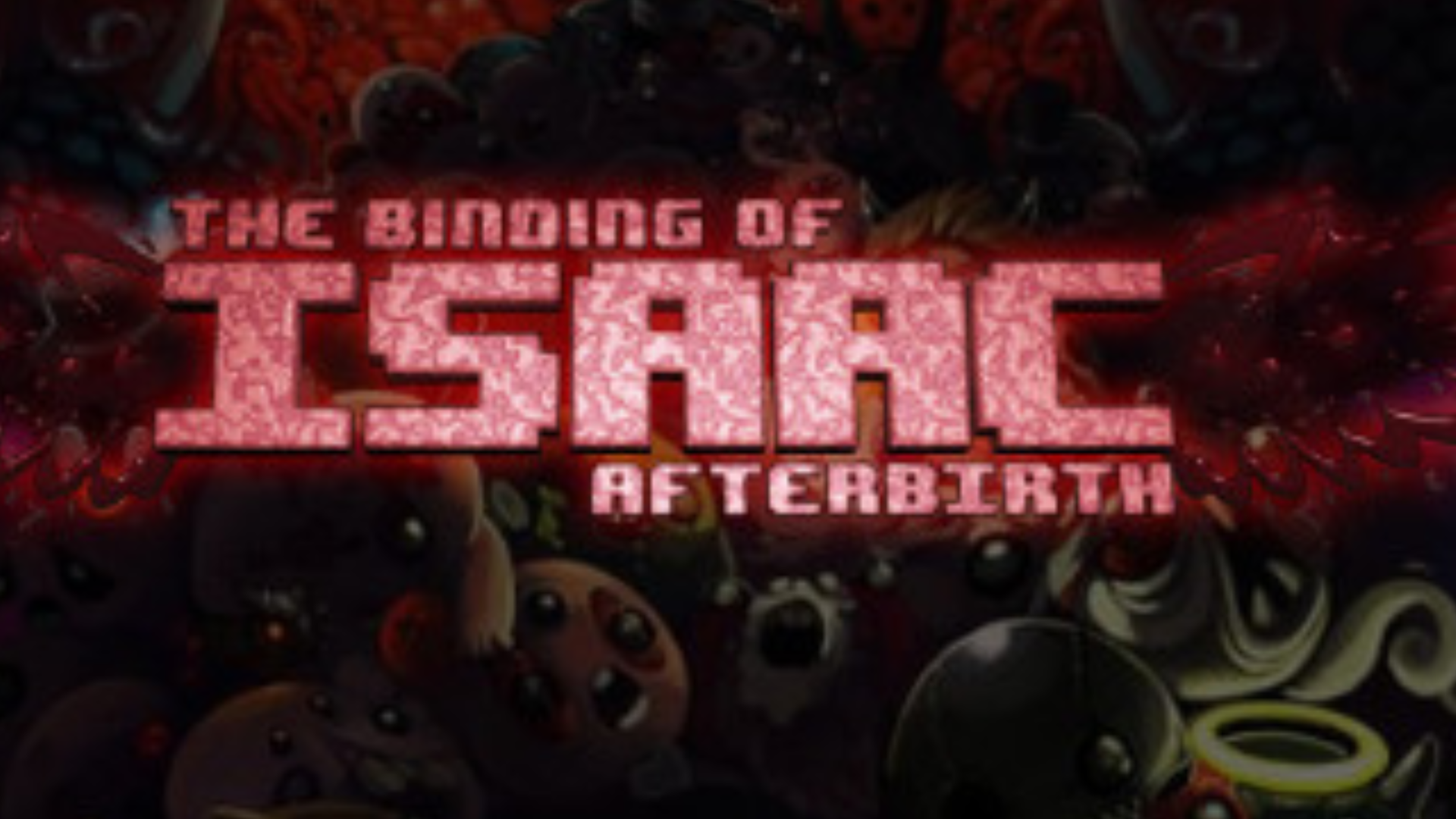 The Binding Of Isaac: Afterbirth 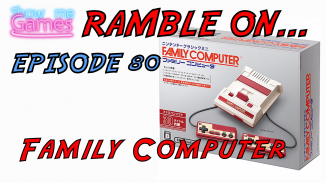 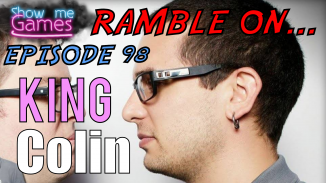