The Banner Saga is set in a beautifully stylised mythical Norse world, where you play the game across two overlapping stories (which have occasional perma-death decisions, and are truly heart breaking at times).

One of the narratives you control of a Varl army (An ancient horned race of half giants, who have war running through their veins). These Varl have to travel with a prince to his kingdom and warn others of the impending Dredge attack.  The other story follows a refugee caravan after their township has been destroyed by the evil Dredge. Throughout the campaign you’ll hop between these stories, as you travel to survive. The overall story is told through narration whilst in between camps, or text boxes with conversation options that can have dire consequences.  Somes times beautifully written (unlike this review)

The Banner Saga has a few different styles of gameplay. When travelling you must keep an eye on your food, supplies and moral. As you move from town to town, your army/caravan will be consuming food, run low and your moral drops, if your moral drops there is a chance of a mutiny or split in your camp. Warriors and townsfolk may abandon you, leaving you with less men to fight against the Dredge (which is never a good thing). To keep your moral up, winning battles help and you can rest and set up camp. You can choose to rest for however long you like, so long as you have the food. Whilst in camp you can have practise fights to check out different combinations of your characters. Also, the camp is where you level up your heroes.

During your wondering, certain events will happen which require your attention. These are handled by a conversation, with multiple choice answers. Often times your previous decisions and arguments can rear their ugly head, when trying to deal with a family feud which threatens to split your camp, or whether to give some travellers some supplies. These decisions are final, if you’ve sent some of your best warriors out to protect a township from a Dredge attack and they die, tough shit, they are dead, whether they were your favourite character or not. Which helps with the dark feeling the game has about it (which i’ll talk about more in a moment).

When it comes to combat, The Banner Saga plays akin to a board game. You have tiles to move to, a set amount of moves, and attack. The game is turned based, every move feels very important. Most often than not you’ll get a chance to choose your characters before marching forth into battle. To which end, you’ll soon learn that just because you don’t like someone when you’re travelling, they may argue with you at each given moment. But in combat they are soo helpful. So remember to use all your combatants, definitely make use of the practise battles at camp, and level them up, because if you’ve focused from the beginning on only a handful. The likelihood is one of them will die, and you’ll be drifting mid game with a under levelled hero just because he doesn’t like your horns.  Attacking in The Banner Saga is a matter of getting yourself into the correct range and hitting them, simple. But the difference here is you can choose how you’re focusing your attack, either to cause physical damage, or armour damage. If your character has a good penetration weapon, they could easily hurt the opponent, leaving them with high armour meaning, so your ranged character for instance won’t be able to inflict any physical damage. If you concentrate on taking down all the enemies armour, you’ll find the opponent chipping away at you. It take awhile to get decent at The Banner Saga’s combat, the good thing about each battle being like this, means each fight feels hard won, and it feels great because of it.

There is a dark and sad feeling to The Banner Saga, which is strangely welcome. You get to see the effects of war on people’s minds, mainly your own. If you like me, you’ll be the type to get invested in the characters and as such, the decisions you make in the game feel like they have weight. Not all the decisions have a big upside or major downside, but when you are given the options and people have made their short cases, it can be hard. Do you do the right for the many or the few? This leads me on two stories again. Whilst playing as the Varl army, your decisions are usually of the manner of, try and save a city, and platoon of men want a new leader. Which is fair you’re a large army. In contrast, the caravans decisions and hardships are considerably smaller, but equally as devastating. Having a family come and beg you to return to a pervious village because their mother was trapped in a hut when the Dredge raided, but you know if you go back, you’ll lose  some men, and probably find her dead anyway. Do you give some of your dwindling food supplies to a refugee family at the side of the road or let them starve to keep your people happy. Many other little decision throughout both stories add to the darkness and feeling of helplessness across this landscape.

I highly recommend this game to any and all, it’s not very expensive and you can pick it up on most platforms now.  Don’t let the dark nature put you off, it’s stunningly beautiful to look at and is a very solid game. 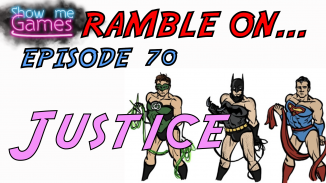 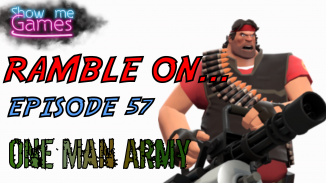