Having felt a little underwhelmed by the end of the main story of Witcher 3, I wasn’t sure I wanted more. A month or so after finishing the main quest, I decided to boot the game up to mop up the remaining side quests.

There I stood upon a hill overlooking Novigrad, most likely on ground I’d previously dispatched a mythical beast. Across my face cracked a huge smile, “This game is beautiful!” I thought to myself. Away I went to crack on with my side quests. For me personally, the sides quests made the game feel alive, and added character colour, so I flew through rest of my backlog with a goofy smile on the front of my head.

By the time I was done with saving the people and killing the beasties, the first piece of paid DLC was released: Hearts of Stone.

Hearts of Stone has you meeting up with a character named Gaunter O’Dimm. He is in the main game, but only fleeting. I also believe he is the guy doing the narration when you boot the game up.

Having met up with Mr. O’Dimm, he tasks you with completing 3 tasks for a Bandit. This is your overall story for this DLC. Now I do understand I’m being very vague here on the story, but it’s plot is so short that i don’t want to ruin anything plot wise.

That being said, I can say, there are some very cool lengthy side quests, such as a possessed wedding, a vault heist and monster killage.

The story will not surprise anyone who is partially aware of a certain myth/disney movie, but it’s entertaining enough.

Overall the DLC lasted me approximately 15Hrs. That was me collecting everything, hunting everything and doing…anything! If the main game wasn’t so full of gameplay and quests, I probably would be moaning that this feels like a piece carved out of the main game for the sake of DLC.

The DLC doesn’t add anything new to the main game,as far as mechanics are concerned, it just gives you more of what works.

For £11 it’s a steal, if you weren’t taken by The Witcher 3 full game, this will not change your opinion. If you want a bit more of Geralt The Butcher Of Blavikan, this will satisfy your itch.

And now on to Blood and Wine. 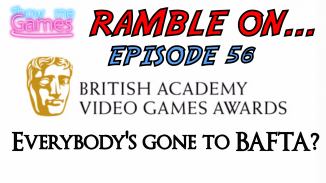